The extensive character back stories and relationships in The Sopranos are fascinating, especially how they’re slowly weaved into the plot. But like all series that have a ton of characters, it’s hard to keep track of who is connected to who and how. It’s especially difficult to understand familial relations when only limited details are offered in the show.

For this project, I used Family Echo. All names in grey indicate a dead character. 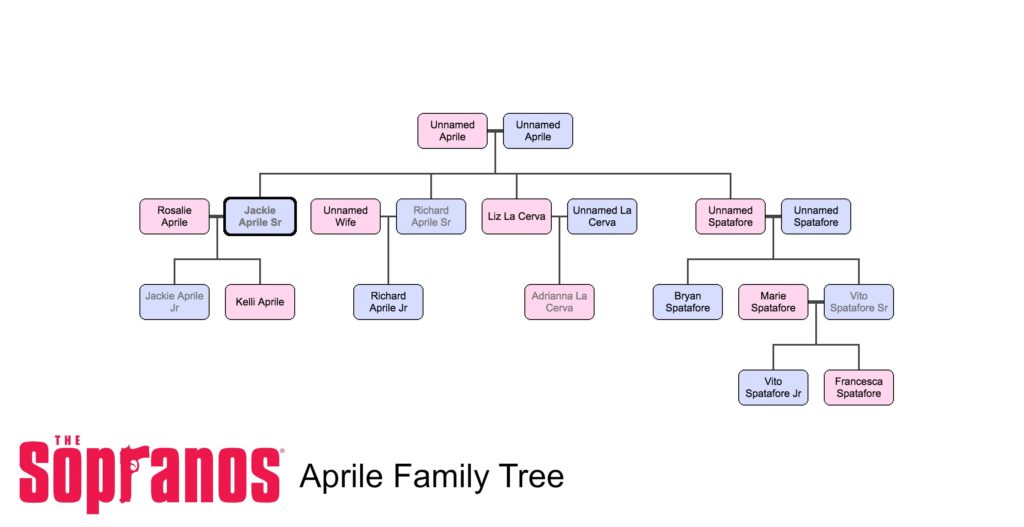 None of the Aprile family members are related (via blood or marriage) to the Greater Soprano Family members. There were 3 relationships that occurred between the 2 family groups but none resulted in marriage or children. All these relationships ended because an Aprile was killed: 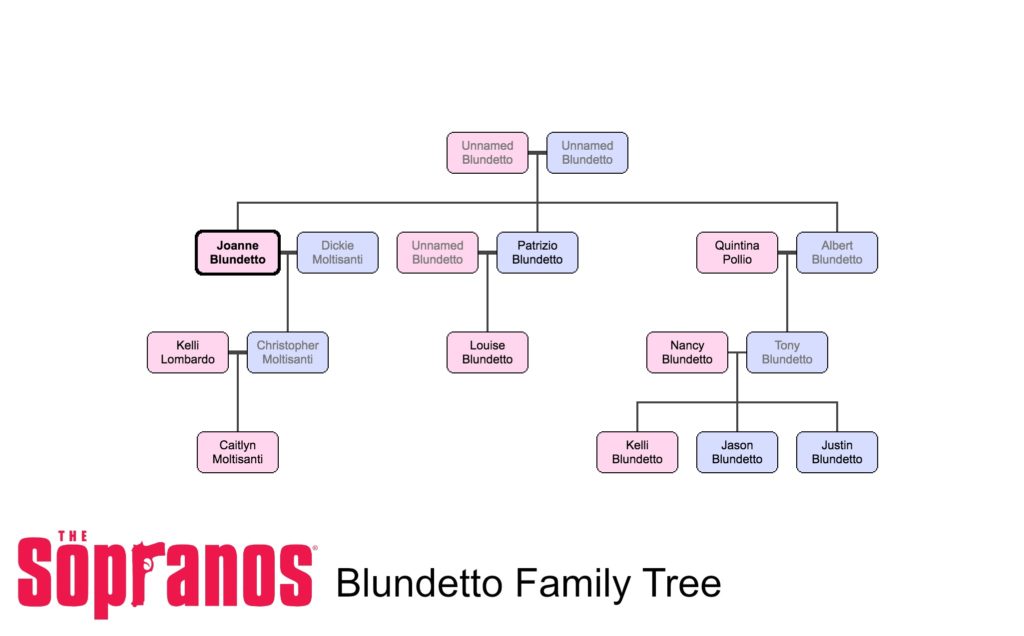 Tony calls Christopher his nephew and says they are blood. Neither of these 2 things are true. But they are connected through 2 family relationships.

But there may be a distant blood relationship:

Dickie was a soldier in Johnny Soprano’s crew and was a surrogate brother to Tony. Despite not being related, Tony then served as a surrogate father to Christopher.

East Rock: How The Streets Got Their Names
Scroll to top